The most important product of Corfu is undoubtedly olive oil.

Corfu is covered by 3-6 million olive trees, some of them over 400 years old, and 3% of the world’s olive oil comes from Corfiot olives!

One might ask “And why can’t I find Corfiot olive oil in my supermarket?” Well, the answer to that would be quite complicated…

First of all, Corfiot olive trees are HUGE. As a result it’s almost impossible to beat, shake or generally get the olives out of the tree. One has to wait until they fall down by themselves after a good storm. In the past, this was not a problem, as the olives were hand-picked (a slow and hard work!) and only the good olives were harvested. Some decades ago though, people switched to using olive nets. Those nets are laid under the olive trees in the autumn and the olives are harvested two or three times during the winter by lifting the nets and gathering all olives. As it’s very hard to pick the good olives, inevitably many rotten olives are also harvested. This of course has a negative effect on the quality of the oil.

Secondly, there are almost no refining and bottling facilities on the island to process the small portion of produced olive oil that is good enough for export. As a result, most of the oil is exported in bulk to Italy, where it’s refined and sold as Italian!

Thirdly, one has to take into account the laid back nature of many Corfiots, who don’t really mind much waiting until those olives fall down…

On the other hand, we must point out that the olive groves of Corfu are sensational! Walking under those enormous, 400-year old trees gives you a feeling similar to walking into a great cathedral.

What’s more, if you do find good Corfiot olive oil it’s really uncomparable in taste and richness to any other olive oil!

A good example of how one could and should produce first-class Corfiot olive oil is the Theotoky Estate at the Ropa Valley and you can get certified organic olive oil from Kostas Avlonitis in the north of Corfu! It is also possible to purchase these and other premium Corfu olive oils online! 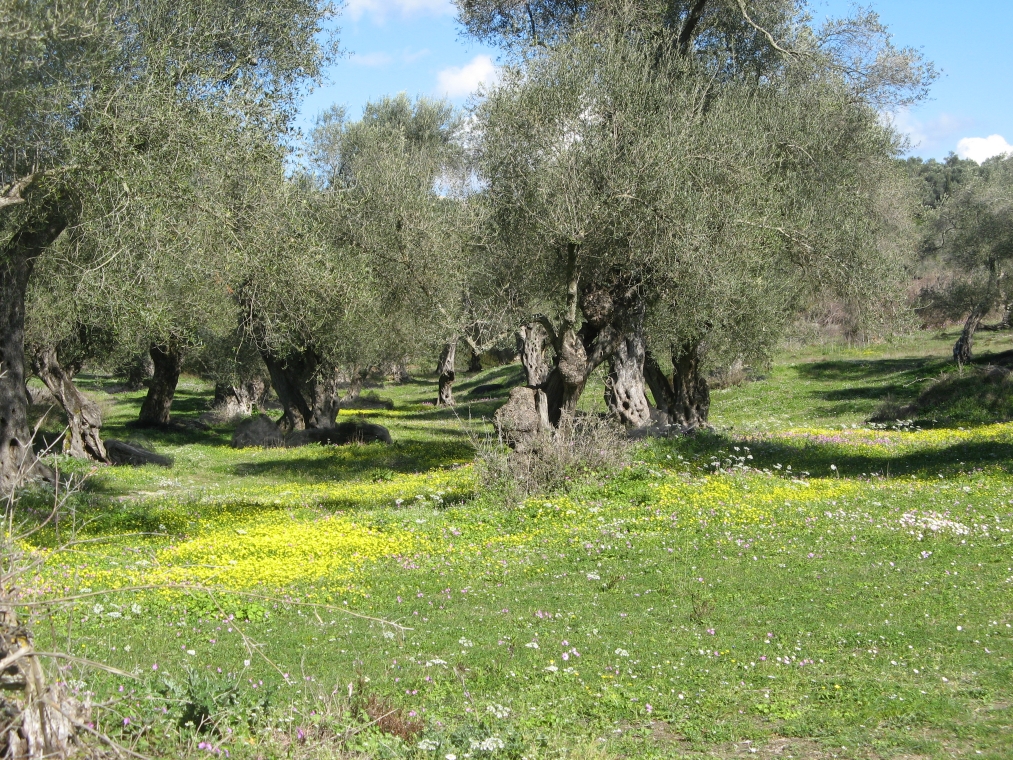