Corfu is an island, and this means that it has to dispose of its own waste. This is one of the island’s biggest problems, as there is only one landfill and it’s filling up very quickly!

Some steps have been made in the direction of recycling. Basically there are blue garbage containers placed around the island where all packaging material (paper, glass, plastic, tins etc) is collected and taken to a sorting facility, separated and recycled. This sounds good in theory, but there are many problems in the collection and separation process and so only a small portion of the packaging material is recycled in the end.

There is though a second recycling process which runs smoothly and this is based totally on individual initiative, with minimal involvement of the state. That’s the recycling of metal (cars, household appliances, batteries, iron, aluminium and more). There is a recycling plant which uses an informal network of people with cars. Any metal waste placed near a waste container is picked up and brought to the recycling plant of Corfu Recycling, where a fair price is paid for the material, which is then sorted and properly recycled.
Another form of recycling that has been reinforced by the crisis is the recycling of clothes and objects people don’t need any more by exchanging them, giving them away or selling them at car boot sales.

What’s barely done is the recycling of organic materials. There is no public system for this recycling and what organic recycling is done, is done by people in villages who keep their organic garbage (kitchen leftovers, fruit and vegetable rests and garden waste) to feed their chickens or make compost.

Given the fact that Corfu produces far more waste than it can currently absorb, the need for an integrated recycling system is imperative. This system should ideally start with separation of garbage at the source (households, restaurants and hotels, factories) in several different containers, a working collection system and recycling plants able to process all kinds of different materials. The result would be a huge reduction in the amount of waste that goes to the landfill. There are several people and organisations who try to promote such a plant, there is even a proposal to generate biogas from organic waste from olive press and restaurant waste, but no concrete plans have been made public yet. Let’s hope there’s progress in that field soon!

Wastewater management is another problem on Corfu. Many of the villages do not have a sewage system and houses, hotels and even factories depend on sewage tanks for the disposal of their wastewater. The last years many companies but even individual houses have installed biological treatment plants to drastically reduce their waste production. One of our friends, i-nrg in Corfu, offer a new solution which claims to be much more efficient than its predecessors.
Contact Corfu recycling at +30 26610 91913 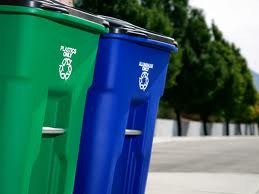 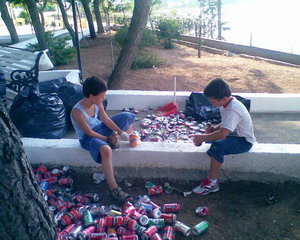